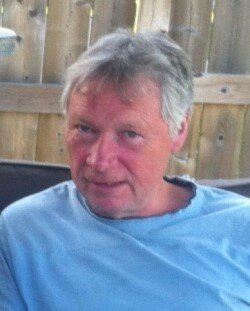 Please share a memory of Francis to include in a keepsake book for family and friends.
View Tribute Book

PROCTOR - Francis James “Frank” passed away peacefully at home, surrounded by his family and friends on Wednesday, August 10, 2022 at the age 65. Predeceased by his father Earl Proctor and his mother Dorothy Proctor (Luscombe).  Frank is survived by his partner Yolanda Sandercott; his children Norman Proctor, Aimee Proctor, Brandon Proctor, and Charity Fowler; siblings Cathy (Chris) Palmer, Susan (Steve) Galloway, twin sister Deb (Mike) McNulty, Terry (Tom) Caldwell, Patti Butler and Lisa Proctor (Shaun MacLean).  Frank is also survived by his five grandchildren as well as several nieces, nephews, great nieces and great nephews.  A celebration of Frank’s life will be held at the Knights of Columbus Hall, 265 Wellington Street, St. Thomas on Thursday, September 15, 2022 from 3:00 - 6:00 p.m.  A private interment of ashes will be held in Elmdale Memorial Park Cemetery at a later date.  Arrangements have been entrusted to the Shawn Jackson Funeral Home, 31 Elgin Street, St. Thomas (519-631-0570).  Donations made to a charity of one’s choice would be appreciated.  Personal condolences to the family can be made at www.sjfh.ca

The family would like to thank the members of the South West Palliative Care team for the care and compassion they provided Frank.

To send flowers to the family or plant a tree in memory of Francis Proctor, please visit Tribute Store
Thursday
15
September

Look inside to read what others have shared
Family and friends are coming together online to create a special keepsake. Every memory left on the online obituary will be automatically included in this book.
View Tribute Book
Share Your Memory of
Francis
Upload Your Memory View All Memories
Be the first to upload a memory!
Share A Memory
Send Flowers
Plant a Tree
Admin Login | Website powered by FuneralTech & TA | Privacy Policy | Terms of Use