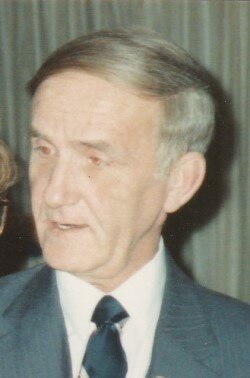 Please share a memory of Bob to include in a keepsake book for family and friends.
View Tribute Book
BAKER – Robert (Bob) Charles of St Thomas passed away peacefully at the St. Thomas-Elgin General Hospital on Saturday, March 12, 2022 at the age of 80. Beloved son of the late Morley (1972) and Maude (1999) Baker. Predeceased by his brothers Ron (1997), Gordon (1991), and Keith (2015) along with his sister Marion Harries (2015) and sister-in-law’s Joyce Baker (2015) and Betty Baker (2019). Bob was the last surviving member of his immediate family. Survived by his brother-in-law Murray Harries, sister in law Shirley Baker along with several nieces and nephews. Bob graduated from Western (UWO) in 1964 and was an office supervisor at GM in Oshawa for over 30 years. No public Visitation. Arrangements entrusted to the Shawn Jackson Funeral Home, 31 Elgin Street, St. Thomas (519-631-0570). Interment of ashes will be held in Elmdale Memorial Park Cemetery on Friday, March 25, 2022 at 2:00 p.m. If desired, donations to the St. Thomas-Elgin General Hospital would be appreciated. Personal condolences to the family can be made at www.sjfh.ca
To send flowers to the family or plant a tree in memory of Bob Baker, please visit Tribute Store
Friday
25
March

Look inside to read what others have shared
Family and friends are coming together online to create a special keepsake. Every memory left on the online obituary will be automatically included in this book.
View Tribute Book
Share Your Memory of
Bob
Upload Your Memory View All Memories
Be the first to upload a memory!
Share A Memory
Send Flowers
Plant a Tree
Admin Login | Website powered by FuneralTech & TA | Privacy Policy | Terms of Use